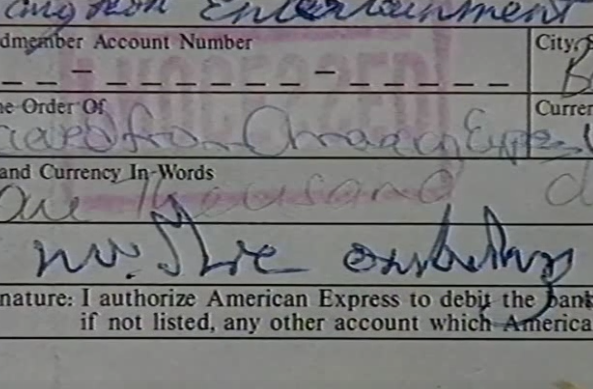 
India has overtaken the United States to become the world’s second largest Internet market, with 333 million users, trailing China’s 721 million. But a new report released today by the UN Broadband Commission for Sustainable Developmentalso confirms that just six nations – including China and India – together account for 55% of the total global population still offline, because of the sheer size of their populations.
While Internet access is approaching saturation in richer nations, connectivity is still not advancing fast enough to help bridge development gaps in areas like education and health care for those in poorer parts of the world, according to the 2016 edition of The State of Broadband report.
Globally, an estimated 3.9 billion people are not using the Internet. But the Commission’s new report estimates that, between them, China, India, Indonesia, Pakistan, Bangladesh and Nigeria account for 55% of all unconnected people, while 20 countries – including the US – account for a full 75% of those not using the Internet. These findings suggest that targeted efforts in just a few key markets could help enormously in redressing the gaping ‘digital divide’ between those who are online and those still offline.


Released just ahead of the 14th meeting of the Commission in New York on September 18, The State of Broadband 2016 is optimistic about the potential of mobile broadband, with 165 countries now having deployed ‘4G’ high-speed mobile networks. As smartphone penetration reaches near-saturation in the US, Europe and mature markets in Asia like Japan and Korea, India and Indonesia in particular are expected to drive future growth. India also recently overtook the US to become the world’s second-largest smartphone market, with an estimated 260 million mobile broadband subscriptions.
The Commission argues that if today’s near-universal basic mobile phone access could be converted to high-speed mobile broadband access, mobile phones could serve as a major accelerator of development, driving rapid progress towards the UN Sustainable Development Goals.
“There is a large body of economic evidence for the role of affordable broadband connectivity as a vital enabler of economic growth, social inclusion and environmental protection,” said ITU Secretary-General Houlin Zhao, who serves as co-Vice Chair of the Commission with UNESCO Director-General Irina Bokova. “The Sustainable Development Goals for education, gender equality and infrastructure include bold targets for information and communication technology. The SDGs are achievable, but require urgent efforts and progress in the speed, degree and equality of development. The Commission believes this can be realized through broadband.”


“Broadband technologies can be powerful development multipliers,” Director-General Bokova added, “but this requires combined investments in access and in skills and in education. This is about opening new paths to create and share knowledge. It is about enhancing freedom of expression and about widening learning opportunities, especially for girls and women. This is about developing content that is relevant, local and multilingual.”
Issued annually, The State of Broadband report is a unique global snapshot of broadband network access and affordability, with country-by country data measuring broadband access against key advocacy targets set by the Commission in 2011.
The report confirms that according to latest ITU figures, by end 2016 3.5 billion people will be using the Internet, up from 3.2 billion last year and equating to 47% of the global population. Progress in the 48 UN-designated Least Developed Countries has been encouraging, with the Commission’s target of 15% of the LDC population online expected to be reached by the end of this year.


This year’s figures show that, once again, the top ten developing countries for household Internet penetration are all located in Asia or the Middle East. The Republic of Korea continues to have the world’s highest household Internet penetration, with 98.8% of homes connected; Qatar (96%) and United Arab Emirates (95%) rank second and third, respectively.
Iceland continues to have the highest percentage of individuals using the Internet (98.2%), while Luxembourg (97.3%) has surpassed Norway to take second place, and Andorra (97%) takes third place from Denmark.
Monaco remains very slightly ahead of Switzerland as the world leader in fixed broadband penetration, at over 47 subscriptions per 100 inhabitants compared with the Swiss figure of 45%. There are now seven economies (Monaco, Switzerland, Liechtenstein, Denmark, the Netherlands, France and the Republic of Korea) where fixed broadband penetration exceeds 40%, up from six countries in 2014 and just one nation (Switzerland) in 2012.
Finland has the world’s highest percentage of active mobile broadband subscriptions, with 144 subscriptions per 100 people, followed by Singapore (142) and Kuwait (139). The Asia-Pacific region accounts for nearly half (48%) of all active mobile broadband subscriptions.
In total, there are now 91 economies where over 50% of the population is online, up from 79 in 2015. But whereas in 2014 the top ten countries for Internet use were all located in Europe, this year sees Bahrain (ranked 7th) and Japan (ranked 9th) join the group. The lowest levels of Internet usage are found in sub-Saharan Africa, with less than 3% of the population using the Internet in a number of countries including Chad (2.7%), Sierra Leone (2.5%), Niger (2.2%), Somalia (1.8%) and Eritrea (1.1%).


Broadband Commission Global Targets
Progress towards the Commission’s 2011 targets has been mixed. As regards Target 1: National Broadband Plans, the Commission’s advocacy around the importance of broadband has seen the number of countries with a National Broadband Plan grow from 102 in 2010, when the Commission began its work, to 151 today.
Progress on Target 2: Affordability, has seen the majority of countries now having reached the Commission’s goal of basic fixed broadband costing less than 5% of monthly GNI – including 83 developing countries. However, to date only five of the 48 UN-designated Least Developed Countries have achieved the target.
Target 3: Connecting Homes to Broadband has seen good progress, with 52% of households globally having a broadband connection. In the developed world, 84% of households are now connected, but progress has also been solid in developing countries, where household access has risen from 38% last year to 41% in 2016, exceeding the target of 40% set by the Commission in 2011.


While the Least Developed Countries are expected to attain Target 4: Getting People Online, with 15% of the population connected by the end of this year, at current growth rates the Commission’s overall global target of 60% of people online is unlikely to be achieved before 2021.
Finally, the gender gap which Target 5: Equality of Access sought to redress has in fact widened slightly, from an Internet user gender gap of 11% in 2015 to 12% in 2016, equating to 257 million more men online than women.


The Broadband Commission comprises more than 50 leaders from across a range of government and industry sectors who are committed to actively assisting countries, UN experts and NGO teams to fully leverage the huge potential of information and communication technologies (ICTs) to drive new national SDG strategies in key areas like education, healthcare and environmental management.
The State of Broadband 2016 is the sixth edition of the Commission’s broadband connectivity report. Released annually, it is the only report that features country-by-country rankings based on access and affordability for over 160 economies worldwide.
​


Video: State of Broadband lead author Phillippa Biggs speaks about key issues in this year’s report:
More than half the world is still offline. What’s the main reason – and how can this ‘digital divide’ be bridged?
https://youtu.be/ZVcdQfHA2Ec
Where does the Commission believe broadband can drive significant progress?
https://youtu.be/8imC3mMhcpY
What role will broadband play in creating the ‘smart cities’ of tomorrow?
https://youtu.be/ZxDvyY1Zzd4
The report concludes with many recommendations for policy-makers and world leaders. Which are the most urgent, where are the quick wins?
https://youtu.be/Z6q1Zo9DBQE
If we want to connect the next 1.5 billion people, where should we be focusing?
https://youtu.be/g54Nvq2fnok
Full video playlist:
https://www.youtube.com/playlist?list=PLpoIPNlF8P2PmqPTBfixP5uK3tnwAw5jz


Download broadcast-quality audio podcasts of these interview questions.
For more information on the Broadband Commission, visit: www.broadbandcommission.org
Follow the Broadband Commission on Facebook: www.facebook.com/broadbandcommission
Follow the Broadband Commission on Twitter: www.itu.int/twitter
For more information, please contact:
At ITU: Sarah Parkes
Chief, Media Relations and Public Information
Tel : +41 22 730 6135
Mobile: +41 79 599 1439
E-mail: sarah.parkes(at)itu.int
At UNESCO: George Papagiannis
Chief, Media Relations (a.i.)
Mobile: + 33 6 82 94 89 54
E-mail: g.papagiannis(at)unesco.org
About ITU
ITU is the leading United Nations agency for information and communication technologies, driving innovation in ICTs together with 193 Member States and a membership of over 700 private sector entities and academic institutions. Established over 150 years ago in 1865, ITU is the intergovernmental body responsible for coordinating the shared global use of the radio spectrum, promoting international cooperation in assigning satellite orbits, improving communication infrastructure in the developing world, and establishing the worldwide standards that foster seamless interconnection of a vast range of communications systems. From broadband networks to cutting-edge wireless technologies, aeronautical and maritime navigation, radio astronomy, oceanographic and satellite-based earth monitoring as well as converging fixed-mobile phone, Internet and broadcasting technologies, ITU is committed to connecting the world. www.itu.int
About UNESCO
The United Nations Educational, Scientific and Cultural Organization works to harness the power of knowledge and information, particularly through Information and Communication Technologies (ICTs), to transform economies, create inclusive knowledge societies, and empower local communities by increasing access to and preservation and sharing of information and knowledge in all of UNESCO’s domains. For UNESCO, such knowledge societies must be built on four pillars: freedom of expression; universal access to information and knowledge; respect for cultural and linguistic diversity; and quality education for all.  See more at: www.unesco.org 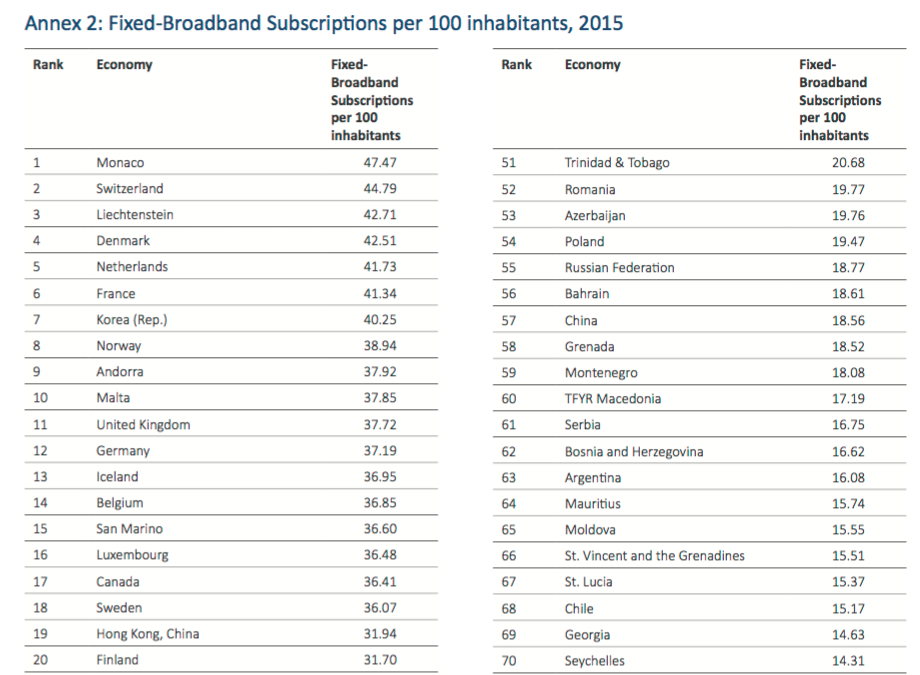 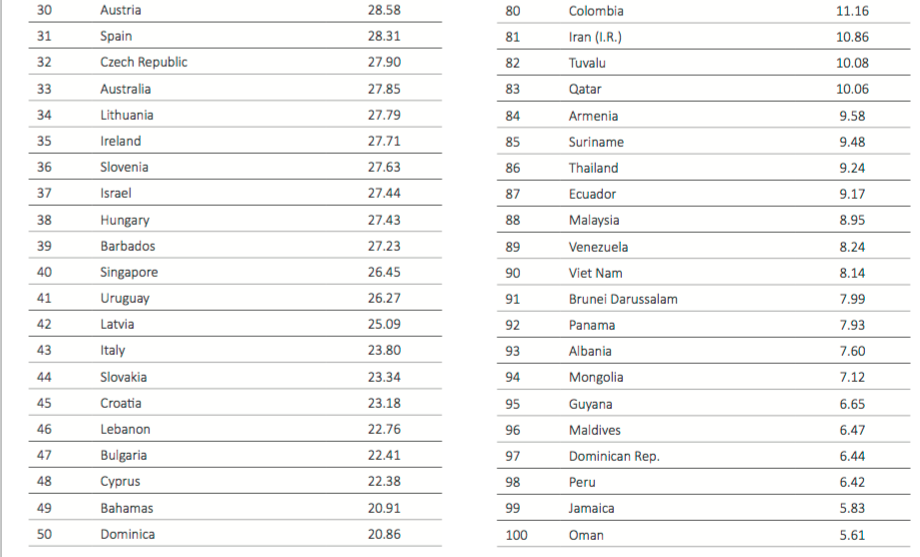